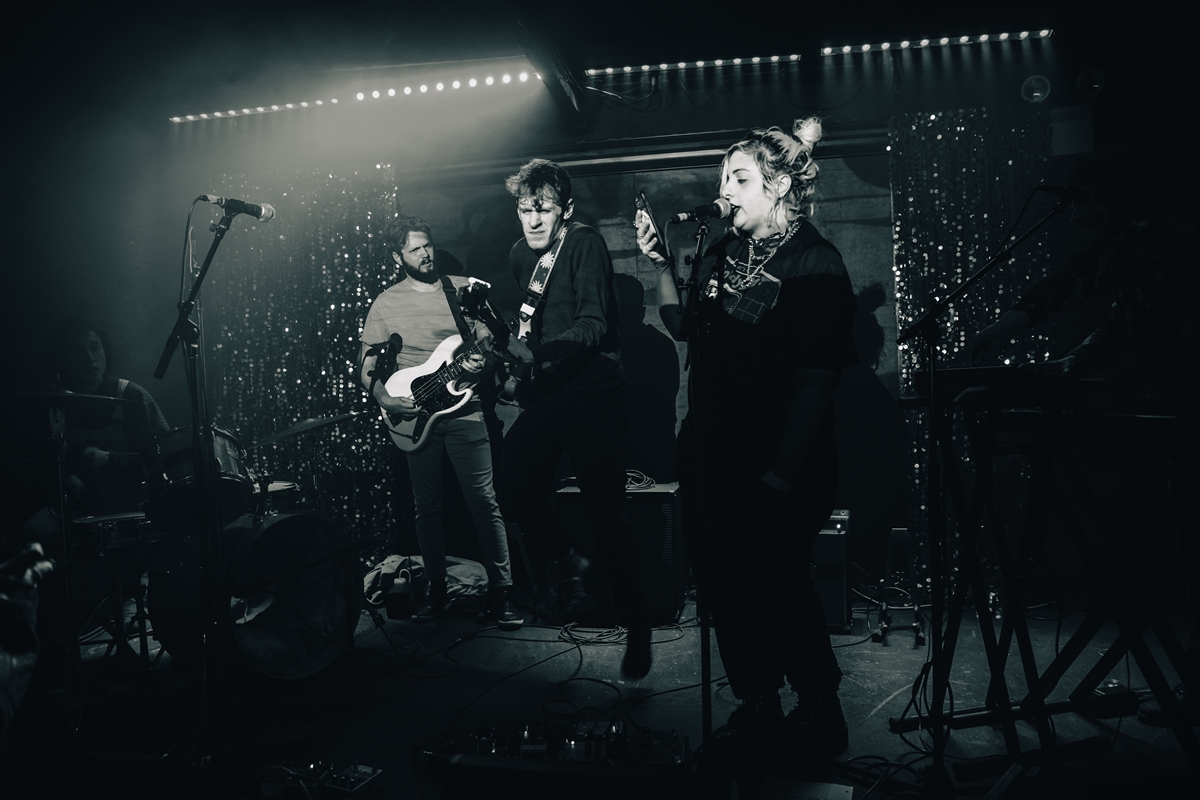 O. Wake aka Ofer Shouval really takes aim at the tendency to dissociate in the current media and social environment on “Let’s All Get Pessimistic.” With bad news seemingly shotgunned our way in the news, non-stop shitstorm tweets and media coverage of narcissist former presidents during their recent administration and the myriad of challenges cascading down us because of the failure of the merely competent institutions that we’ve complacently depended upon maybe with a much deserved cynicism about their presumed essentially changeless nature with predictable cycles except none of predictable existence has been a thing for decades. We’ve just been able to pretend otherwise because it hasn’t hurt so bad or been in the faces of everyone so directly all the time unless you’re on the bottom rung of the social ladder. And in recent days everyone has had a hefty dose of that. It has just been impossible to ignore unless your powers of denial and filters are set high. Then maybe you get sentimental and cling to how you assumed things were and take comfort in nostalgia culture and comfort movies or TV. While the world burns and fascists are on the verge of taking over the country in America and oligarchs and fascists in other countries threaten to drop nuclear weapons more than 30 years after most people thought that a possibility and hey now nearly year round wildfires some even in winter and flooding where there hasn’t been much before oh and the north pole isn’t necessarily frozen year round either. O. Wake sets these ambient anxieties crushing anyone with any level of sensitivity (those without can damn well perish without knowing why while insisting it’s not going on from future pandemics to the kinds of climate change events human technology is inadequate to handle—no amount of money will suffice to thwart or escape the effects thereof) to a kind of upbeat, Strokes-esque, ear worm of a song. Given the lack of enlightened social vision and political will certainly deeply in America and not so impressive in most of the rest of the world our global human civilization and global capitalism are doomed as unsustainable in its present form. When Shouval sings “And now I’m living day by day/No longer burdened by the weight/Of all these hopes and expectations” that’s about the size of it, it’s the modern equivalent sentiment of when Johnny Rotten sang about people having “No future, no future, no future” for you in “God Save the Queen.” And yet one senses Shouval is not a nihilist, just not sure what might motivate people to set aside some petty differences and act with vigor and conviction to address problems that faith in political parties and certainly in outdated ideologies are inadequate to the situations at hand. One only hopes the meager hope Shouval senses in the power of people to get through this time intact is a reality and not a frail hope. Listen to “Let’s All Get Pessimistic” on Soundcloud and follow O. Wake at the links below.