This best of list was intended for publication in 2020 and parts of the entries with comments were published in my year end best list for the print edition of Birdy magazine in Denver for the December 2019 issue. The full best of list is presented here with those short reviews included with the appropriate album and the rest included without comment and several album covers shared as well. The album of the year was All Your Sisters’ Trust Ruins (listed first) because it encapsulated the mood of the year and the band put on one of the best shows of 2019 and the record felt like a leap forward in style and execution for the band. Soon I’ll publish the full best of 2020 list too in a similar format with the commentary for those items that made it into the print edition of Birdy for December 2020.

All Your Sisters | Trust Ruins | The Flenser
A brutal, maximalist summation of the turmoil, conflict, sense of chaos and confusion, rage and frustration and overwhelming flood of negative input from world and societal events of the previous few years. In articulating those feelings and experiences and more alone as powerfully as it does, this album by All Your Sisters transcends genre by providing an example of how industrial and darkwave music can burst beyond established conventions with the sharp-edged and precise percussion framing and channeling the fiery energy at the core of the songwriting.

Altas | All I Ever Wanted Was | Self-released
A lush deepening of the band’s sweeping, cinematic aesthetic.

Andy Stott | It Should Be Us | Modern Love

Angel Olsen | All Mirrors | Jagjaguwar
Poignantly dreamlike examination of identity in an age of universal scrutiny.

Bethlehem Steel | s/t | Exploding in Sound
The utter exorcism of oppression through bursts of melodic/atonal poetry.

Briffaut | A Maritime Odyssey: Heaven is Only a Boat Race Away | GROUPHUG

Calexico and Iron and Wine | Years to Burn | Subpop

Chromatics | Closer to Grey | Italians Do It Better

clipping. | There Existed an Addiction to Blood | Sub Pop

Consumer | In Computers | The Flenser

Doo Crowder | One For the Losers (& Other Pilgrims) | Self-released
The greatest art pop record since the death of Harry Nilsson.

Drowse | Light Mirror/Second Self | The Flenser

Have a Nice Life | Sea of Worry | The Flenser

No Gossip in Braille | Bend Toward Perfect Light | Cercle Social Records
The transmogrification of sorrow into transcendent melodies.

Nuancer | I Hardly Know Her | Self-released

Oh, Rose | While My Father Sleeps | Park The Van

Orbit Service | The Door to the Sky | Self-released

Pedestrian Deposit | Dyers’ Hands | Monorail Trespassing
The sonic analog of places we don’t want to visit but are drawn to anyway.

She Past Away | Disko Anksiyete | Metropolis Records / Fabrika Records

Tacocat | This Mess Is A Place | Sub Pop

The Coathangers | The Devil You Know | Suicide Squeeze

The Hecks | My Star | Trouble In Mind Records

The Twilight Sad | It Won/t Be Like This All the Time | Rock Action
The sound of a valiant struggle against existential failure.

Turvy Organ | The Ghost at the Feast | GROUPHUG

We Are Not a Glum Lot | The Price of Simply Existing | Self-released
Gripping, emo-inflected, math-y, post-punk bummercore.

Whipporwill | The Nature of Storms | Self-released

Zealot | The Book of Ramifications | Self-released 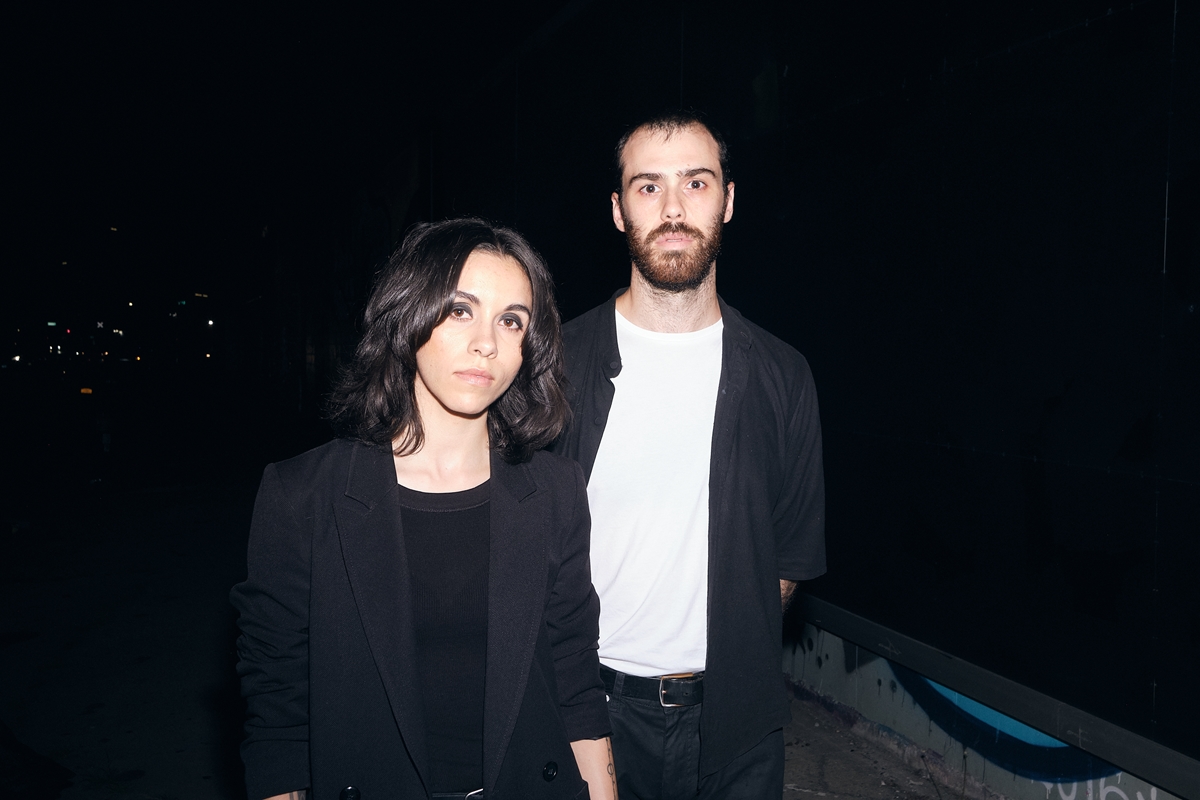 What: Church Fire
When: Thursday, 11.14, 6:30 p.m.
Where: Ross-Broadway Library
Why: Denver-based synth-noise-pop doom darlings Church Fire are playing this event sponsored by Titwrench as part of its Surfacing series highlighting female and LGBTQ underground and experimental artists. It’s after hours at the library in the Baker District and free.

What: Whipporwill w/Courtney Hartman
When: Friday, 11.15, 6 p.m.
Where: Washington’s (Fort Collins)
Why: Fort Collins based alternative folk band Whippoorwill distilled its past few years of experiencing the turmoil of the land and the culture into its new album The Nature of Storms. On its 2017 tour the band experienced tornadoes, floods, forest fires, blizzards and the destructive nature of the Trump presidency itself and the polarized social and political climate surrounding it. With the personal lives of its members in disarray as well the trio pulled together and crafted one of the most affecting releases of the year that exceeds expectations for terms like “alternative folk” as the band seems to be channeling the pain and agony of the times into songs that if not exactly exorcising those emotions, brings a compassionate energy to the proceedings. This show celebrates the release of that record and hopefully soon the band will play regional shows in support followed by a tour soon enough.

What: Entrancer LP release Downgrade, Lone Dancer, Techno Allah, Felix Fast4ward, DJ ilind
When: Friday, 11.15, 9:30 p.m.
Where: Rhinoceropolis
Why: It’s been a couple of years or since Denver-based analog synth/techno composer Entrancer has released an album but his latest release on Multidim Records, Downgrade, shows where deep house could go if it followed a more conceptual pathway with a spirit of playfulness.

What: Noise Vs. Doom IV
When: Friday, 11.15, 7 p.m.
Where: Seventh Circle Music Collective
Why: This is the fourth edition of the Noise Vs. Doom event featuring bands that fall loosely into either category. Tonight’s lineup includes Denver noise legends Page 27, doom collective Ice Troll and avant-garde composer Victoria Lundy. Schedule below.

What: The Kinky Fingers, Serpentfoot, TOOMUCHBLOND and Funk Hunk
When: Friday, 11.15, 8 p.m.
Where: Hi-Dive

What: No Swoon, Kissing Party and Voight
When: Saturday, 11.16, 7 p.m.
Where: Rhinoceropolis
Why: No Swoon’s recently released self-titled full length is an example of how 2010s darkwave as evolved beyond the obvious classic reference points into the realm of sophisticated pop songcraft. Its vibrant tones and sense of sonic space is reminiscent of Chromatics but not tapping into feelings of nostalgia as much as a reflective yearning and introspection. Kissing Party is an indie pop band from Denver that has reliably been releasing quality material since the mid-2000s seeming to perpetually be able to draw on a sense of youthful romance and ideal love. Voight has been performing its brand of industrial post-punk noise-gaze since 2015 and is in the process of completing its new album due out in 2020.

What: GYES: Lady Gang, Preparation and Gothsta
When: Saturday, 11.16, 8 p.m.
Where: The People’s Building
Why: The final Get Your Ears Swoll at the People’s Building in Aurora featuring experimental loop and psychedelic folk artist/one-woman band Lady Gang and Gothsta who plays truly unusual covers in a playful style that lives up to the name. The latter is organizer Claudia Woodman who will rename the event for the same location on a different day of the month in 2020.

What: Hi-Dive 16th (and 7th) anniversary w/Wobbles, Rattlesnake Milk, Zebroids, George Cessna, Permanent Boner and DJ Marika
When: Saturday, 11.16, 8 p.m.
Where: Hi-Dive
Why: Hard to believe the H-Dive has been around for sixteen years at this point but it remains a place to see some of Denver’s best underground bands and up and coming artists from around the world. This show brings together stalwarts of the club including Zebroids who are more an obnoxious collective of yobs than strictly a ridiculous but oddly good punk band and George Cessna whose sonically inventive songwriting blows expectations of the son of Slim Cessna in a great way.

What: Vetiver w/Joe Sampson
When: Saturday, 11.16, 8 p.m.
Where: Ophelia’s Electric Soap Box
Why: Before it became very much a part of the current stream of “indie” music, Andy Cabic was crafting exquisite psych folk songs that incorporated electronic elements in a fully integrated way. His 2019 album Up On High is a fairly stripped down affair but the delicately intricate rhythms and textures with Cabic’s expressive vocals are still there creating an unconventionally atmospheric quality akin to something one might have heard on a Byrds or early Dead record. Maybe something Mitch Easter would have produced in the 80s. But the sensibility is very modern and its emotional immediacy is immediately compelling. Opening the show is Joe Sampson, one of Denver’s most gifted songwriters who some may remember from his days in A Dog Paloma but in the last decade plus he’s been woodshedding his own material while also having played in Bad Weather California.

What: An Evening With Bruce Cockburn
When: Saturday, 11.16, 7 p.m.
Where: Boulder Theater

What: A$AP Ferg and Ski Mask the Slump God w/Murda Beatz, MadeinTYO, Pouya, Danny Towers, DJ Scheme
When: Monday, 11.18, 6 p.m.
Where: Mission Ballroom
Why: A$AP Ferg is one of the most influential and creative artists in the world of trap and Ski Mask the Slump God is one of the great innovators in that genre but one who incorporates even more elements of punk and metal into his animated material and performances. Sometimes live rap shows are disappointing but this should very much be an exception.

What: Nots, Slugger and Dearborn
When: Tuesday, 11.19, 8 p.m.
Where: Lost Lake
Why: Nots is the noise punk band from Memphis, Tennessee that is currently touring in support of its new album 3 out on Goner Records. Guitarist and singer Natalie Hoffman was once the bass player of Ex-Cult where she stood out as a charismatic performer with wiry energy in a band not short on those qualities.

What: An Evening With Helmet
When: Wednesday, 11.20, 7 p.m.
Where: Summit Music Hall
Why: Helmet is the legendary noise rock/posthardcore band from New York whose 1992 album Meantime yielded a hit single “Unsung” during that period when anything a little different stood a chance of making it to the radio. The group’s blunt and angular riffs and aggressive groove has proven influential on a certain segment of heavy music since.

What: Slayer w/Ministry and Phil Anselmo and the Illegals
When: Wednesday, 11.20, 8 p.m.
Where: Broadmoor World Arena