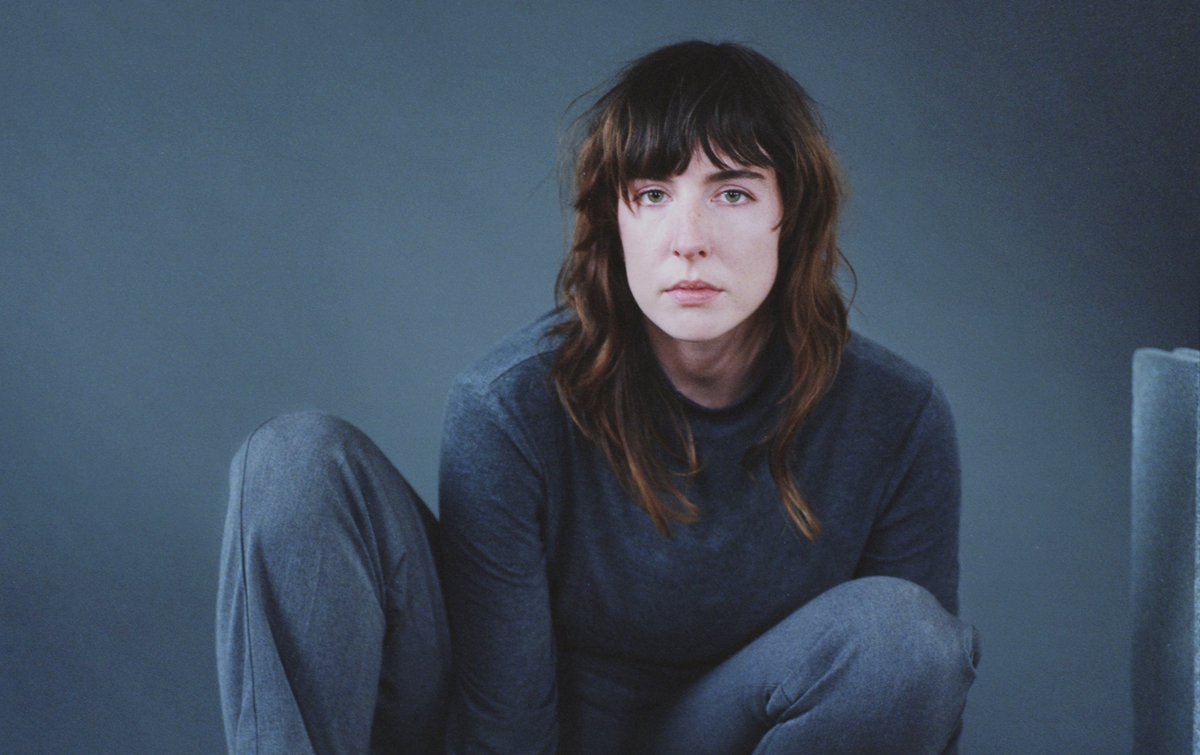 Due to technical difficulties, it wasn’t possible to write up the first two dates of this show list in even remotely a timely manner. For now we present to you the rest of the week’s picks as we’re able to complete the writing.

Who: MC 50 with Starcrawler and The Yawpers
When: Saturday, 10.20, 8 p.m.
Where: The Gothic Theatre
Why: Influential, even foundational, early punk band MC 5 is now on tour celebrating its fiftieth anniversary as MC 50 playing from the band’s respectable catalog that not only injected radical politics into rock music in an overt way but put an indelible stamp on the rawest version of the music post-1960s. The lineup for this tour will include original guitarist Wayne Kramer, former Soundgarden guitarist Kim Thayil, Fugazi drummer Brendan Canty, Faith No More bassist Billy Gould and Zen Guerilla frontman Marcus Durant.

Who: Dark Descent Records Ninth Anniversary
When: Saturday, 10.20, 6 p.m.
Where: Hi-Dive
Why: Dark Descent Records celebrates nearly a decade of unleashing extreme metal from its headquarters in Colorado. For this edition of its annual showcase you can see Cianide, Krypts, Adversarial, Sempiternal Dusk, Spectral Voice and Blood Incantation

Who: Four Fists (P.O.S. + Astronautilus) w/Angel Davanport and Boss Eagle
When: Saturday, 10.20, 8 p.m.
Where: Marquis Theater
Why: After guesting on each other’s albums for years, P.O.S. and Astronautilus finally teamed up for a collaborative project yielding the album 6666. It’s what you might expect when two titans of alternative hip-hop that know each other’s work and processes well put their heads and hearts together. Poignant social commentary and, refreshingly, a perspective that points to ways that people might take on social injustice and the world’s ills that they can handle. All while giving us tautly composed and imaginative beats that sound like a sampling of all modern electronic music going back to the 8-bit video game aesthetic the 80s as perhaps an abstract display of how culture is a continuum that can’t be truly broken by even influential bad actors. And if you’re not into the heady content aspect, the debut album from Four Fists is a collection of bangers.

Who: Mothers w/Megabog and Down Time
When: Sunday, 10.21, 7 p.m.
Where: Larimer Lounge
Why: Kristine Leschper of Mothers and Erin Bergy of Megabog don’t fit in any easy, pat category as both have used elements of rock and folk in making their respective, boundary pushing pop music. Leschper and Bergy also both masterfully walk that line between accessibility, challenging their respective audiences and freely experimenting with sounds and song format.

Who: MAX w/Nina Nesbitt and EZI
When: Saturday, 10.20, 8 p.m.
Where: The Bluebird Theater
Why: Max Schneider, aka MAX, has had a career in film, television and modeling but along the way he also established himself as an up-and-coming soul pop vocalist. Nina Nesbitt is a Scottish singer-songwriter/multi-instrumentalist who got a big break opening for Ed Sheeran on the European leg of his 2012 tour. In 2018 Nesbitt is set to release her sophomore album and there’s a good chance that you’ll get to see some of that material live for this tour. If you show up early you can catch EZI, aka Esther Zyskind who has roots in the singer-songwriter realm but these days, makes lush, moody, synth-driven pop songs.

Who: Blerd #2
When: Saturday, 10.20, 8 p.m.
Where: Mutiny Information Café
Why: This event says how Afro Punk is never coming to Denver and it, thus, shines a light on the most interesting and forward-thinking Denver artists of color. Tonight’s showcase includes two of the mightiest Denver musical acts with the otherworldly tones and transcendent hip-hop of R A R E B Y R D $ and The Maybe Sos, an experimental hip-hop duo comprised of notable Denver poets and musicians Bianca Mikahn and Jenee Elise Donelson. Also on the bill are Toluwa and Obi.

Who: UK Subs w/Agent Orange, Guttermouth and No Takers
When: Sunday, 10.21, 7 p.m.
Where: The Oriental Theater
Why: UK Subs were one of the bands out of the early English punk milieu that incorporated aspects of the pub rock scene of the same era in the mid-to-late 70s. Beginning with its 1979 album, Another Kind of Blues, the group has released a record beginning with every letter of the English alphabet including 2016’s Ziezo. The Subs have also remained a vital live act since the 70s and haven’t exactly toned down the politics edge, decidedly working class left, of their body of work even when they have written songs about going concerns of youth and everyday life. Also headlining this bill is California surf punk band Agent Orange. Like most of the southern California punk bands that emerged from Orange County in the late 70s and early 80s, Agent Orange had that aggressive intensity that was key to hardcore but also an instinct for melody that gave its songwriting an accessibility that may in some ways have helped give birth to pop punk. Agent Orange didn’t really get stuck in a specific punk niche perhaps one aspect of why the band, like the Subs, has endured and evolved.

Who: Mom Jeans w/Just Friends, Awakebutstillinbed and Old Sport
When: Sunday, 10.21, 6 p.m.
Where: The Marquis Theater
Why: Mom Jeans from Berkeley, California has been making some waves in underground music with its irreverent yet earnest songs. Over the past several years a blend of math rock, emo and pop punk has re-emerged in America as various musicians have drawn on the music of their younger years for inspiration and combined it with an interest in various musical styles that maybe they didn’t get to see firsthand when it was originally active. And then, of course, making it their own and using it as a vehicle for writing about similar frustrations and struggles but with a broader palette of sounds and cultural references. The group’s 2018 album Puppy Love is not short on meaningful songs with surreally humorous titles like “Jon Bong Jovi” and “You Can’t Eat Cats Kevin.” Also on the bill is like-minded Denver band Old Sport.

Who: Pond w/Sur Ellz
When: Monday, 10.22, 8:30 p.m.
Where: Globe Hall
Why: Pond isn’t a Tame Impala side project even though the group has shared members and the latter has taken on ex-members of the former as part of Kevin Parker’s live lineup. Tame Impala went in a more overtly experimental electronic dimension with its excellent 2015 album Currents. Pond’s more prolific career has taken interesting turns and it’s 2017 album The Weather was also much more electronic but very well within the realm of a psychedelic aesthetic. One might compare it to when Super Furry Animals went more off its own deep end than usual but rather than soul wending into dream pop.

Who: A Perfect Circle w/Tricky and Night Club
When: Monday, 10.22, 6 p.m.
Where: Red Rocks
Why: On the surface this is an odd pairing of bands. A Perfect Circle is one of the projects of Maynard James Keenan of Tool and for earlier records, it was a hard rock and even metal band. For it’s 2018 album Eat the Elephant the group has transformed fully into an atmospheric pop band. The sound is so different yet not seemingly forced or brimming with try hard musical gestures it’s like it’s a new identity for the group achieved after years of development. Night Club is a darkwave rock band comprised of Emily Kavanaugh and former Warlock Pinchers and Foreskin 500 guitarist Mark Brooks. Though mostly known for his work in film and television these days (for example he wrote for and directed episodes of Metalocalypse), with Kavanaugh in Night Club Brooks has been part of a band that sounds like it mulched 90s EBM and Future Pop with the inspired industrial sleaze of Lords of Acid and My Life With The Thrill Kill Kult and made something that could make a virtue of the cheese factor of all that music without having to express the worst excesses. Night Club is more akin to modern Gary Numan than wack industrial rock and that makes all the difference. And Tricky is on the bill. As in former member of Massive Attack and downtempo pioneer with a respectable trip-hop career playing Red Rocks perhaps for the first time in decades.

Who: Windhand w/Satan’s Satyrs
When: Tuesday, 10.23, 7 p.m.
Where: Larimer Lounge
Why: Richmond, Virginia’s Windhand has for nearly a decade refined its fluid doom soundscaping like a pagan metal Bardo Pond. The group recorded its 2018 album Eternal Return with Jack Endino, the architect of the so-called Seattle sound of the late 80s and early 90s. With Endino’s assistance, Windhand cast its gritty grandeur in sharper focus than ever before with the intricacies in tone and texture not essentially buried and blurred together in the mix as part of an unintentional aesthetic choice because that’s how doom is “supposed” to sound. Dorthia Cottrell’s vocals have also never sounded better, coming through the fogbank of sounds like a beacon in the night.

Who: 88Rising: 88 Degrees & Rising Tour
When: Tuesday, 10.23, 6 p.m.
Where: Fillmore Auditorium
Why: 88rising is a media company that is bringing some of its star artists on this tour showcasing its efforts as a management and marketing company, record label and video production service. Nothing too new there. But most of its artists are Asian pop, trap, hip-hop and R&B projects. For this tour you’ll get to see Rich Brian, Joji, Higher Brothers, Keith Ape, KOHH, NIKI and AUGUST 08.

Who: Joan Baez
When: Wednesday, 10.24, 7 p.m.
Where: The Paramount Theatre
Why: Joan Baez has been an important figure in American popular music since the early 60s when she helped to popularize folk music to an increasingly commercial and widespread audience. She was an early advocate of Bob Dylan and helped to bring his own talent to national audience as well. Baez famously used her platform and her music to raise awareness of human rights and environmental issues, a course she has followed throughout her career up to and including “Nasty Man,” a protest song she wrote against Donald Trump in 2017. It was a viral hit and it was her first published and released piece of original material in over two decades. Baez followed this with her first studio album in nearly a decade with 2018’s Whistle Down the Wind, an album in which she puts her superb interpretations on the songs of other writers including an interesting choice with Anohni’s “Another World.” Currently Baez is on what is being cited as her final formal tour, dubbed “Fare Thee Well Tour.” If this is Baez’s last hurrah, it’s quite a capstone on the career of an artist possessed of a powerful voice and an uncommon sense of compassion and duty to her fellow creatures on planet earth.