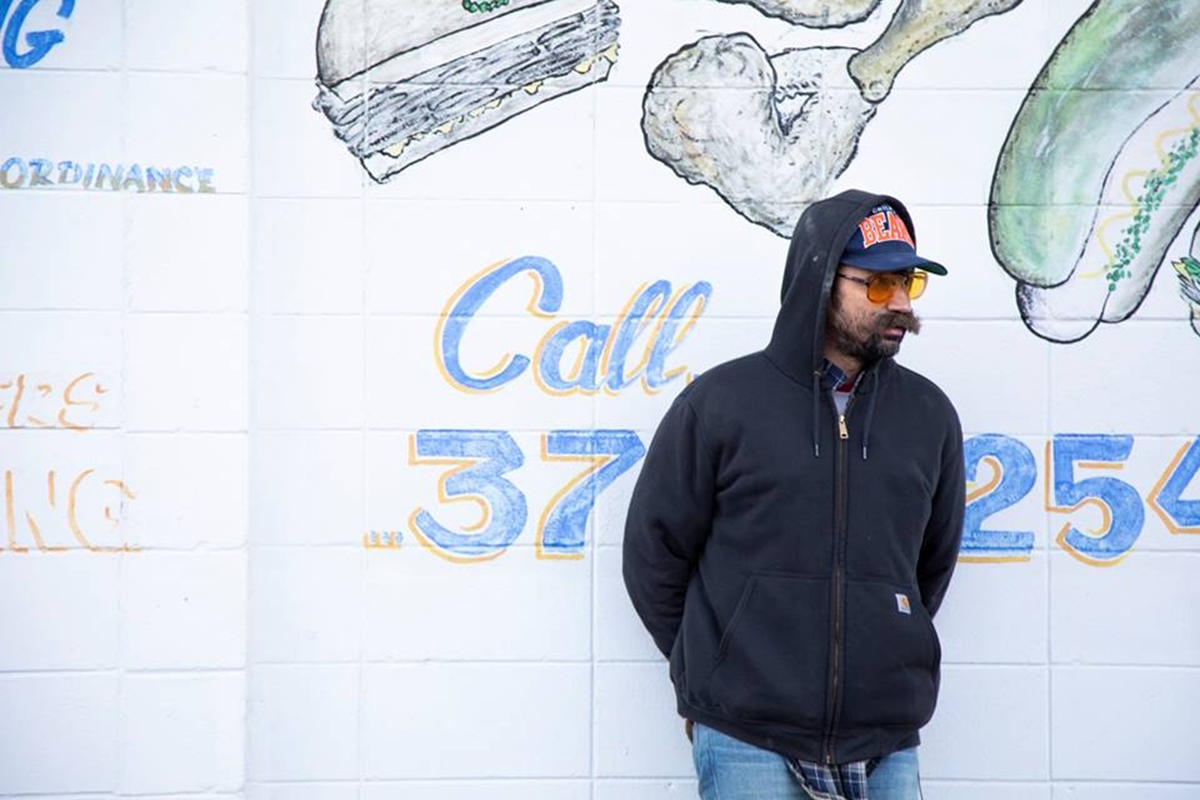 Who: Tokyo Rodeo w/The Born Readies, The Vashon Seed and Landgrabbers
When: Thursday, 02.21, 7 p.m.
Where: Larimer Lounge
Why: There’s a not insignificant segment of Denver underground music consisting of bands that play all the dive bars and small clubs, garnering an audience but playing music that isn’t being championed much by the local press. But solid bands with good energy and presence and songwriting chops. Some of it straight ahead, bluesy, or southern fried, rock, some of it with a leg in other styles of music but always respectable. In recent years some of these bands included Cutthroat Drifters, The Patient Zeroes and, of course, Tokyo Rodeo. Meaningful storytelling, unexpectedly interesting moods mixed in with layered dynamics and nuanced rhythms that a straight-ahead rock band eschews in favor of run-of-the-mill rocking. There’s more depth to Tokyo Rodeo than all of that and while probably not for everyone that might read this site for the weird music, absolutely worthwhile.

Who: The Gones, Calamity Champs and Sunrise Drive
When: Thursday, 02.21, 8:30 p.m.
Where: Lion’s Lair
Why: Matt Sumner and Kelly Prestridge are the rhythm section of weirdo art pop band The Inactivists. Sure, plenty of humor there, but also a lot of respectable musical talent. The Gones are their power pop band. Because of who they are along with songwriter and guitarist Jef Krauth there is a sense of humor informing the music but really just a great pop band with some punk energy driving it.

Who: Bison Bone album release w/The River Arkansas and Jess Parsons
When: Friday, 02.22, 8:30 p.m.
Where: Hi-Dive
Why: Bison Bone is releasing Take Up The Trouble tonight. The Denver-based Americana band has always written sonically diverse story songs with a literary flair. The new set of recordings seems less dusky than previous offerings but ineffably more direct and confident. Live, like a great honky tonk band that hasn’t devolved into self-parody.

What: Lifeforce 35mm
When: Friday, 02.22, 9:30 p.m.
Where: Sie Film Center
Why: This concludes The Scream Screen series celebrating the films of Tobe Hooper, director of The Texas Chainsaw Massacre and Poltergeist. Lifeforce is his 1985 homage to Hammer horror films in the science fiction disaster fame with the antagonists in the form of three naked vampires from space. Which sounds more lurid and corny than this dark and unusual movie happens to be.

Who: The Bellrays w/The Atom Age and Hot Apostles
When: Friday, 02.22, 8 p.m.
Where: Lost Lake
Why: The BellRays are what a lot of bluesy garage rock bands want to be. From Riverside, California, sounding like they hung out with the MC5 in the late 60s. Fronted by the charismatic Lisa Kekaula since the early 90s, The Bellrays are one of the greatest American rock and roll bands right now.

Who: How to Think, Full Bleed, I’m a Boy
When: Friday, 02.22, 7:30 p.m.
Where: The People’s Building
Why: The latest in the Get Your Ears Swoll series at The People’s Building in Aurora. I’m A Boy is one of the most underappreciated, yet best, most dynamic live rock bands out of Denver. Part glam, part power pop, the group includes former and current members of 40th Day and Gata Negra. How to Think claims to be an experimental rock band and it is but its soundsculpting on various songs is like if a funk band abstracted that a whole lot and made use of loops and a sampling aesthetic. Other times How to Think is an unadulterated yet unusual, noisy rock band the likes we saw more of in the heyday of alternative rock before that whole thing got reduced to a limited genre.

Who: Plastic Daggers EP release w/Its Just Bugs, FATHERS
When: Saturday, 02.23, 7 p.m.
Where: Lost Lake
Why: Kind of a Sailor Records showcase but this time in celebration of the release of Plastic Daggers’ latest EP Stitches. Somewhere between punk and bluesy garage rock, Plastic Daggers are appropriately named with their fuzzy riffs honed to a fine edge propelled by a nearly mechanistic drive. Its Just Bugs blends hip-hop, metal, punk and noise for a sound and presentation that seems coherent and of a while despite its eclectic sonic palette. FATHERS is a post-hardcore band for fans of the likes of Glassjaw and Dillinger Escape Plan.

Who: American Standards, Kenaima, Tuck Knee, Didaktikos
When: Saturday, 02.23, 7 p.m.
Where: Seventh Circle Music Collective
Why: This is a hardcore show featuring some of Denver’s best younger bands in that vein of music. Catch them early on in their development before they have it figured out.

Who: Rat Bites (last show), Grave Moss (last show), Moon Pussy and Dead Characters
When: Saturday, 02.23, 9 p.m.
Where: Carioca Café
Why: Noise rock band Grave Moss has the vibe of an early death rock band but the exorcistic quality of some 80s and/or early 90s performance art like something Diamanda Galas or Karen Finley might have done. Unfortunately, the band is calling it quits after this show. And so is Rat Bites, a group that might have fit in best during the heyday of 31G Records where its unconventional punk wouldn’t have seemed as out of step with where punk went boring. Moon Pussy is similarly-minded and its use of truly inventive guitar treatments built from the onboard electronics out alongside cathartic vocals and rhythms that operate at odd angles against rock orthodoxy makes it one of the most interesting bands in Denver or anywhere now. For fans of Daughters and Parts & Labor.

Who: Bryce Vine w/Travis Thompson and 7715
When: Sunday, 02.24, 7 p.m.
Where: The Bluebird Theater
Why: Bryce Vine is not yet widely known but that’s likely to change with the spring 2019 release of his debut full-length Carnival on Warner Brothers. His deftly executed raps combine aspirational fantasizing (while making it seem attainable if not already inevitable) and introspective speculation. His coolly confident vocals seem to transfer that quality to the listener. With beats that wouldn’t be out of place in a well-crated, electronic indie pop song, Bryce’s music has a cross-genre appeal with undeniable swagger and elegance.

Who: Talos with Aurora
When: Sunday, 02.24, 7 p.m.
Where: The Bluebird Theater
Why: Talos, aka Eoin French, recently released his second album Far Out Dust on February 8, 2019. It’s emotionally soaring, richly melodic synth pop. French is skilled at putting together tiny details in a song like he’s live composing an impressionistic film that evolves into something with greater density of detail and color as it progresses on its timeline. His vocal range lends his songs an unconventional range of sonic texture with interesting upper register intonation. Fans of Perfume Genius will find much to like with Talos and his articulation of yearning without desperation.

Who: Peter Murphy with David J: 40 Years of Bauhaus
When: Monday, 02.25, 7 p.m.
Where: The Oriental Theater
Why: Peter Murphy and David J were two of the four founders of influential art rock/post-punk band Bauhaus. For this tour the two musicians will perform selections from the band’s iconic albums in celebration of the forty years of the group’s founding. Though inspired by glam rock, punk and dub, Bauhaus was also steeped in the avant-garde in film, music, literature and theater. It gave their performances a ritualistic quality that its members took to their projects after Bauhaus initially split up in 1983 (with reunions in 1998 and a brief return from 2005 through 2008). With Daniel Ash and Kevin Haskins having toured in 2017 playing Tones On Tail songs as Poptones, maybe we’ll get to see a Love and Rockets tour for Hot Trip To Heaven (as the band never toured for that record, one of its best) or even a full-fledged Bauhaus reunion. Until that now remote possibility this is as close as you’re going to get to seeing these songs get their proper delivery.

Who: Bob Mould Band w/The Trujillo Company
When: Tuesday, 02.26, 7 p.m.
Where: The Gothic Theatre
Why: For those not in the know, Bob Mould was the pioneering guitarist for Hüsker Dü, a band that operated between the late 70s through the late 80s and one that often played and toured in the punk underground of its hometown of Minneapolis and far beyond. But it never fully fit in with the hardcore scene because its sonics were too weird and its knack for beautiful melodies amidst sometimes abrasive music too much like pop. Hüsker Dü was making a music for the future and exerted a massive influence on all guitar music of the alternative rock era by the early 90s. Mould would start a new band called Sugar as well as launch a solo career immediately after the 1987 dissolution of Hüsker Dü and has navigated a respectable musical career since. Mould still plays with the drive and passion that informed any of his previous projects and his 2019 album on Merge, Sunshine Rock, could be a safely personal record, and it’s not short on that, but Mould injects some of the sharp social and political critique that made Hüsker so interesting but poetically taking on modern concerns with an ear for nuance.

Who: Frankie and the Witch Fingers w/Lot Lizard and Eye and the Arrow
When: Tuesday, 02.26, 8 p.m.
Where: Hi-Dive
Why: Frankie and the Witch Fingers sound like they absorbed a ton of early garage and surf rock and the Nuggets compilation then realized they couldn’t simply regurgitate and mime it in the 2000s after so many other bands had done that so well since the 60s. Their music isn’t that fast, silly riffing and then primal scream formula that “worked” for too many bands in the 2010s. Rather, as evidenced on the group’s excellent full-length ZAM, Frankie and the Witch Fingers brought the elegant and intricate leads and the imagination to its songs. They have songs called “Dracula Drug,” “Dark Sorcerer” and “Head Collector” so clearly an offbeat sense of humor and appreciation for kitsch is part of the group’s musical DNA. Yet, the band never comes off as gimmicky or silly. Direct support is post-punk band Lot Lizard from Sioux Falls, South Dakota (read our interview with bassist Patrick Nelson here) whose own ghostly garage psych underpinnings fit in well with this bill.

Who: Thumpasaurus w/Boogie Mammoth and Denver Jamtronica
When: Wednesday, 02.26, 7:30 p.m.
Where: The Marquis Theater
Why: Sure, Thumpasaurus drummer/producer is Henry Was, son of Don Was. But pedigree is not necessarily and indication of one’s artistic talent. But Thumpasaurus, on the surface a wildly eclectic, weirdo funk band and one informed by a bizarre creative vision that incorporates meme culture (see their video for “You Are So Pretty”), outfits that look like someone borrowed liberally from designers who were told to make clothes for an adult contemporary punk band inspired by a peak EDM light show and the strangeness of Frank Zappa telling listeners to talk to any vegetable. Whatever the constellation of influences, Thumpasaurus have made it their own and now the group is touring in support of its 2018 album The Book of Thump.